On the occasion of 73rd Independence day, the students of Dr. Sunita Jain tutorial and Ms. Vani Achari tutorial of Pillai college of Education and research, conducted a special assembly for celebrating this special day.

The assembly began with a prayer song ‘Aemallik tere bandhe hum’. The anchoring was done by Liza D’Souza and Lakshata Gianani followed by Sabina Rose who gave a speech on the significance of Independence day. As music adds up energy to the atmosphere, Liza, Aisha and Rumana sang ‘Chhodo kalki baatein, sandese aate hai, aewatan mere aabaruhetu’ in their melodious voice. The poetry recitation by Anuja Kanse filled the air with the spirit of patriotism. Last but not the least the pledge by Sayali Bhojane reminded us of our duty to our country.

Coming to the end, our Principal Dr. Reni Francis shared her views and thanked the CCA and student Council for organizing the day. Our General Secretary, Sudha Priya gave a vote of thanks to all the teachers and students. The assembly then ended with the national anthem. 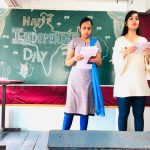 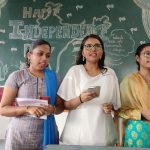 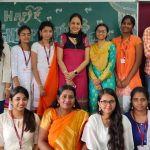 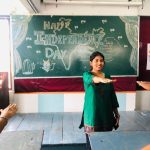 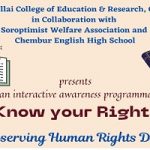 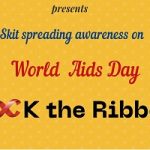 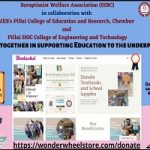 Giving is the Greatest Act of Grace
August 21, 2021ByerodPsermk 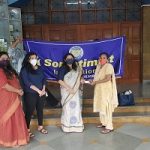